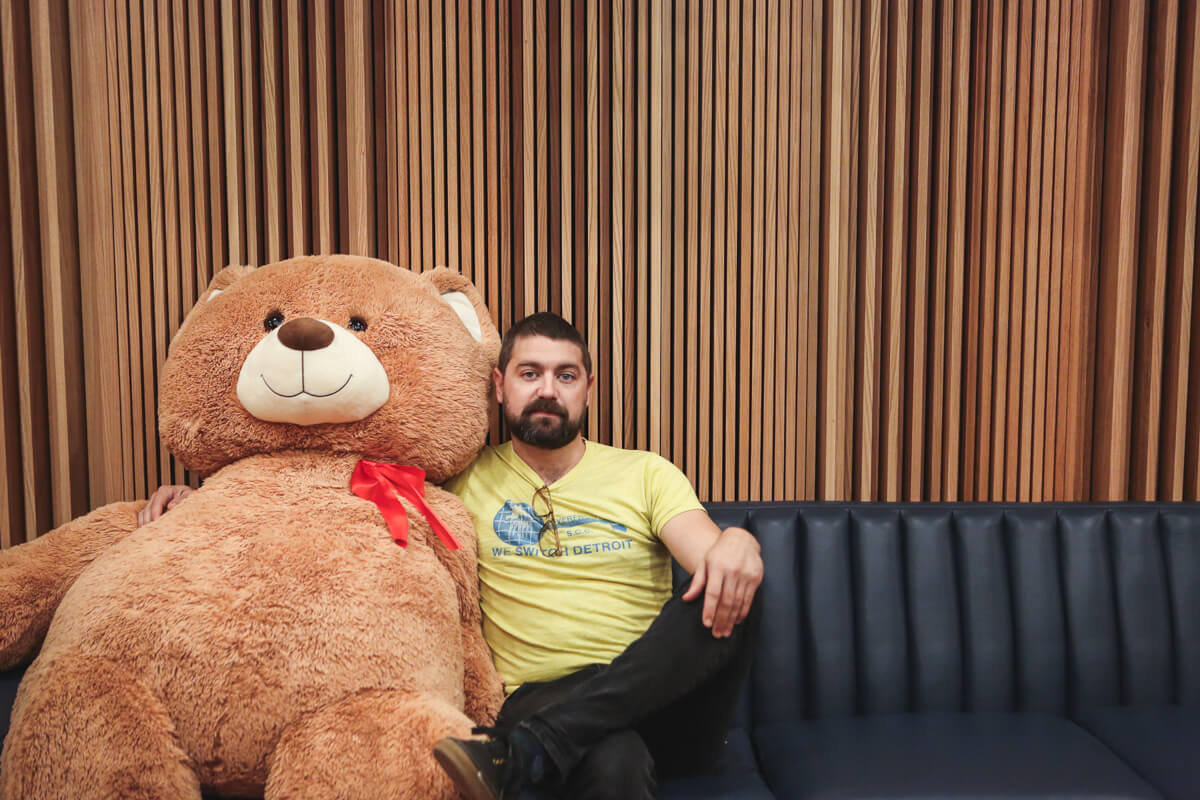 In our first installment of Behind the Boards, Pulp Engineer Winston Goertz Giffen reflects on his sessions with the band Smiley and describes a few of the unconventional techniques that brought the sound of our A room into their record.

When tracking Smiley, I decided to try a couple of different things with the room mics on the drums.  In the center of the live room about 10 ft. in front of the drum kit, I made an equilateral triangle with two Earthworks QTC-50s (placed approximately 5mm from the floor to gain the advantage of the boundary effect) with the third vertex being a Shure Beta 58 placed above and between the other two mics and pointed the opposite direction with the polarity flipped. I’ve used the Beta 58 merely as a talkback mic plenty of times and I’ve gotten in the habit of recording it as a room mic since it’s already up. It adds a non-harsh roominess to the snare and cymbals that I’ve grown to like.

Pointing the 58 away from the kit ensures that the drums are in the null spot of the mic’s cardioid pickup pattern, so it’s primarily picking up more diffused room reflections, while flipping the polarity maintains its phase relationship to the QTC-50s. My thinking was that having those three mics aligned on a vertical plane in the center of the room perpendicular to the drum kit would give me options to create a nice balance between the more direct stereo omni pair of QTCs, and the mono, less direct Beta 58.  Also, per Steve Albini, when mixing I delayed the room mics 10-20 ms or so to add another dimension to the drums (the Haas effect), sometimes only for certain parts of the song.

Towards the end of the session, the band wanted to record some improvised pieces, which turned out fantastic and actually ended up becoming prominent additions to the album.  For one of Becca’s drum improvisations, I attached the QTC-50s to a Jecklin Disc and physically spun around in circles in front of the drum set, creating a bizarre panning effect.

‍
We want to work with you! Send us an email at hello@pulparts.com if you would like to find out more about recording at Pulp Arts.