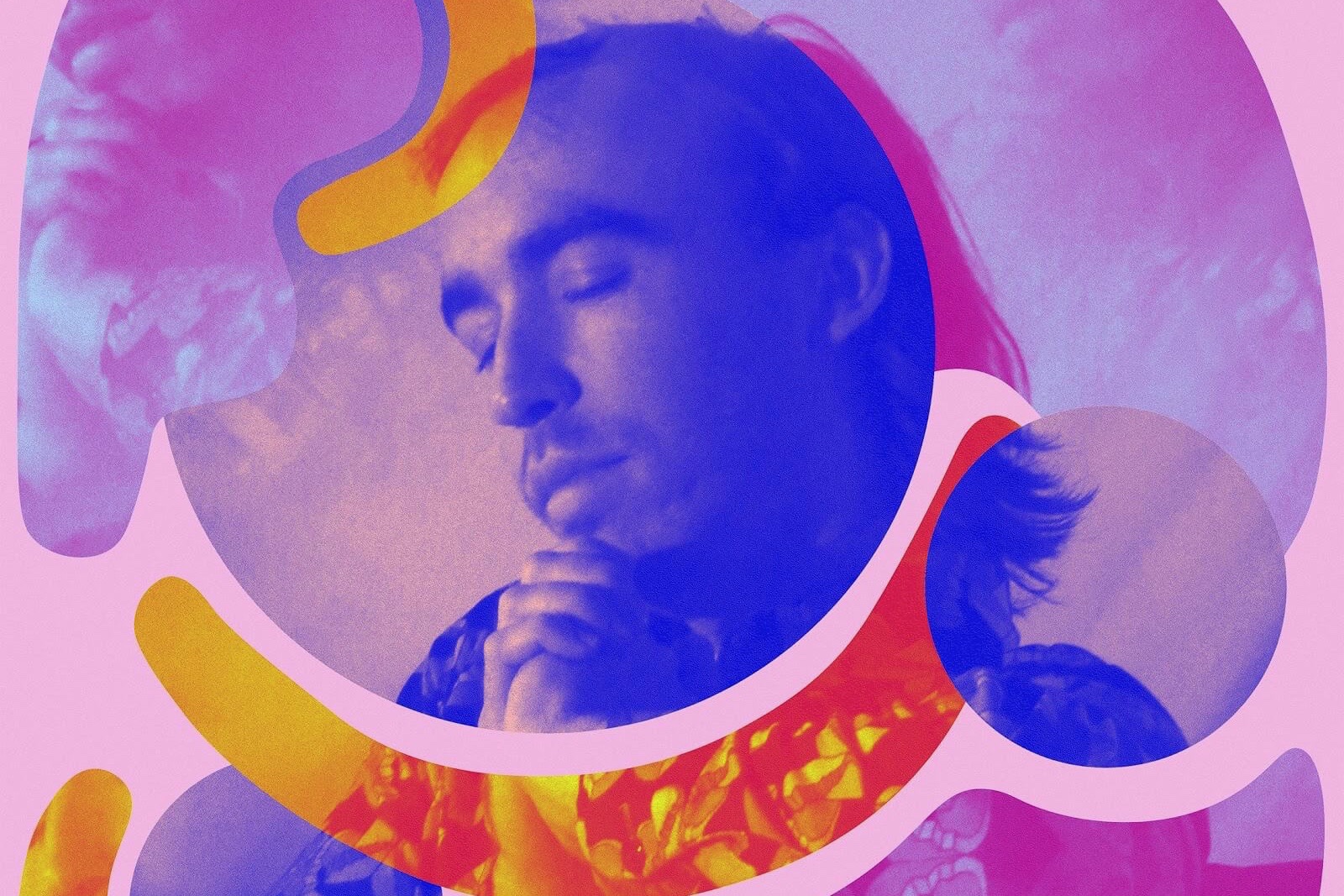 We spoke to Daniel Hanson on the heels of his latest Fast Preacher release, the Figure it Out Ep. Hanson now resides in North Carolina, but his roots can be traced back to central Florida’s diy communities and then to Chicago where his full band, Fat Night, witnessed meteoric success. In this discussion, the soulful guitarist and songwriter talks about tools, tones, and inspirations that bring his music to life.

You worked with us for a fast and furious weekend session to get the majority of the tracking down for your EP. What advice do you have for musicians looking to be as productive as possible in the studio?

I guess it totally depends on the session and what one might be hoping to achieve. The most important thing for me was having the demos of the songs shared with everyone, including the engineer beforehand, so that we were all on the same page.

I’m used to writing and tracking on my own for Fast Preacher. So what starts as a demo often winds up being the final product. Whereas in this situation, it was super refreshing to hash out the foundation of the songs beforehand and have fun when it came time for tracking.

I also think it’s important to do the session with people you feel comfortable with. I made sure to communicate everything I wanted to try before we got started. By the time we got to the studio everything was set up just as we intended it to be.

It’s quite tough to finish an EP in just two days, so you naturally had to spread this recording project across multiple studios. Where did you finish the ep in Chicago? Did working in multiple environments bring something special to your process?

The only other studio I did extra tracking in was Audiotree, which was a special treat. We got strings, guitar overdubs, and some vocals tracked there. The rest was done diy at home and with some assistance from Nik Ritchie at a rehearsal space we use. Rolling with the process and finishing up tracking wherever I could definitely added some character to the EP.

What was inspiring you leading to your Fast Preacher sessions this past holiday season?

A transition between living spaces, seasonal change into fall, which doesn’t last long in Chicago but is beautiful nonetheless. We also just wrapped up the Live For Each Other album with Fat Night, which freed up some creative space for me.

You sent me fairly realized demos of the Fast Preacher material prior to getting in the studio. Do you usually approach recording with a clearly defined gameplan in mind? What creative decisions do you allow to be made on the fly while you’re in the studio?

Yeah, that was a first for me. I’m used to doing practically everything on the fly for Fast Preacher, but considering everyone involved this time around, it only made sense to approach it with a gameplan.

If you go in prepared, without expectations being too high and allow yourself to have fun with the time you have, hearing creative ideas or taking suggestions from others gets a lot easier. This usually starts to happen once you’ve shedded the song a few times and everyone gets a little more comfortable.

There’d be times when someone would play something a little different than what we’d talked about and say, “let’s do it again I messed up”, when in reality it was a nice surprise for me. We’d  take our time listening back to takes where there wasn’t a clear consensus on where to go next. A couple times we’d listen and find ourselves stoked about what we missed in the moment and what we thought were mistakes ended up feeling natural enough to keep.

Was there a microphone or any certain pieces of gear that proved to be a game-changer for your sessions?

There was a heavy arsenal of microphones on the drum kit, a lot of which I wound up not using when mixing everything down, but the one that always sounded good was the Beyerdynamic M 160 ribbon mic, used directly in the center of the kit. It was labeled as the crotch mic on the board, because... that’s where it was aimed.

For me, the other piece of gear that was super exciting to use was the Moog Voyager. It was used on “Figure It Out” for the main synth part. The Moog took a while to reign in, but once we got the sound it added such a great texture to the mix.

I have to ask about the fuzz tone on “Stick Together”. What’s the secret sauce?

Yesss, it was tracked DI through the Dark Peppermint Fuzz from Analog.Man. Very little was done in post to get it to sound that way, it just has a sweet tone.

Groove is an integral part of your work in Fast Preacher and Fat Night. How much of each project is tracked live?

For Figure It Out, we had drums, bass, and guitar tracked live for 3 out of the 4 tunes on the EP. The only one that wasn’t live was the titled track. We used a combination of Nick’s brushes on the snare and a pattern I played on the kit looped throughout the song. Even after we got the drum loop down, we still guitar and bass tracked live on top of it.

For Fat Night, up until Live For Each Other, all basic instrumental tracking was done live because we’d performed all of those songs quite a bit before recording them. L4EO was the first record we continued writing tunes as we tracked them. It was a bit of an undertaking, but brought out our creative sides a lot more. 6 or 7 tunes were tracked live with the whole band and the rest started more stripped down.

Fat Night has exploded in popularity over the last few years. What was it like stepping out on your own? I know Gabe has been working on a solo project as well. Were there people telling you guys not to veer away from the band?

It was very refreshing! I was able to apply a lot of what I learned tracking the album with Fat Night to what we did for this new EP with Fast Preacher. I felt more prepared. Yes, Gabe’s releasing music under Gabriel Sayer for his solo work now and it’s brilliant. I got the impression that he was inspired by the recording process of the new Fat Night record as well and took it a step further with ideas that he’d been sitting on. Nik put out a song during quarantine that features all of us as well, which was fun.

I look forward to all of us putting out more music individually and with different projects. I don’t recall any moments when that’s felt like a bad idea or someone’s spoken against it. We’re full of ideas and now’s a good time to spread our wings.

It’s hard to predict anything in a world where Covid 19 still dominates everything around us, but what’s on the horizon for Fast Preacher and Fat Night assuming a brighter and healthier tomorrow?

More music! We’re all a bit spread out now, so sharing ideas will look different for us, but it’ll be a fun challenge. We’ve talked about doing a live show that features everyone in the band’s solo work with a rotating band, which would be a lot of fun, whenever the chance to play live may come around.